I watched this Netflix film about the flat-Earthers and found it quite enjoyable. Having been educated in the sciences, I marveled at that sorry lot trying to prove the Earth flat and invariably ending up approximating its radius. Made me wonder: how do I know for a fact that we live on an imperfect sphere? Few things come to mind: take a late plane, fly along the terminator, the limit between day and night, and watch the curvature from 10 kms above. Can't make that up. And if the Earth was flat, how would you explain time zones, seasons, or why the Moon, the Sun, the planets are all spherical? Couldn't very well explain gravity either.

Which brought me to: does this flat-Earth club really exist? The next thing I did ruined my YouTube experience for life. I simply searched for "Flat Earth society" through the YouTube app on my tablet. Of course I got to see the real videos they put online, which were a bit scary but still a lot of fun to watch. Little did I know that YouTube had just classified and locked me into the little but growing box of conspirationist nuts.

For the next few weeks, when I called up YouTube on that tablet I would be fed with endless content about conspiration theories and NOTHING ELSE. I cleaned the tablet, re-installed Android, said prayers to the Android gods, but nothing seemed to change its point of view about my video tastes.

Quite annoying. I also noticed the same thing had spread to my other devices. Anything I would want to watch on YouTube was invariably followed by a very serious documentary about mysteries of the Great Pyramids or why Neil Armstrong never walked on the Moon. There is so much bullshit content on YouTube that I could not click it away, and all my search results were videos made from conspirationists about whatever seems to be the popular story today. That got me completely off YouTube for quite a while, which is not such a bad thing.

Things are going better now. For some reason, YouTube is convinced I am a British (wrong) black (wrong) woman (wrong) in her sixties (wrong) living as an expat (kind of) in France (true, half of the time). It keeps offering me good deals for French lessons (non merci) and tax advice for expats (nope). See just below for a taste of the kind of ads I see whenever I open YouTube: 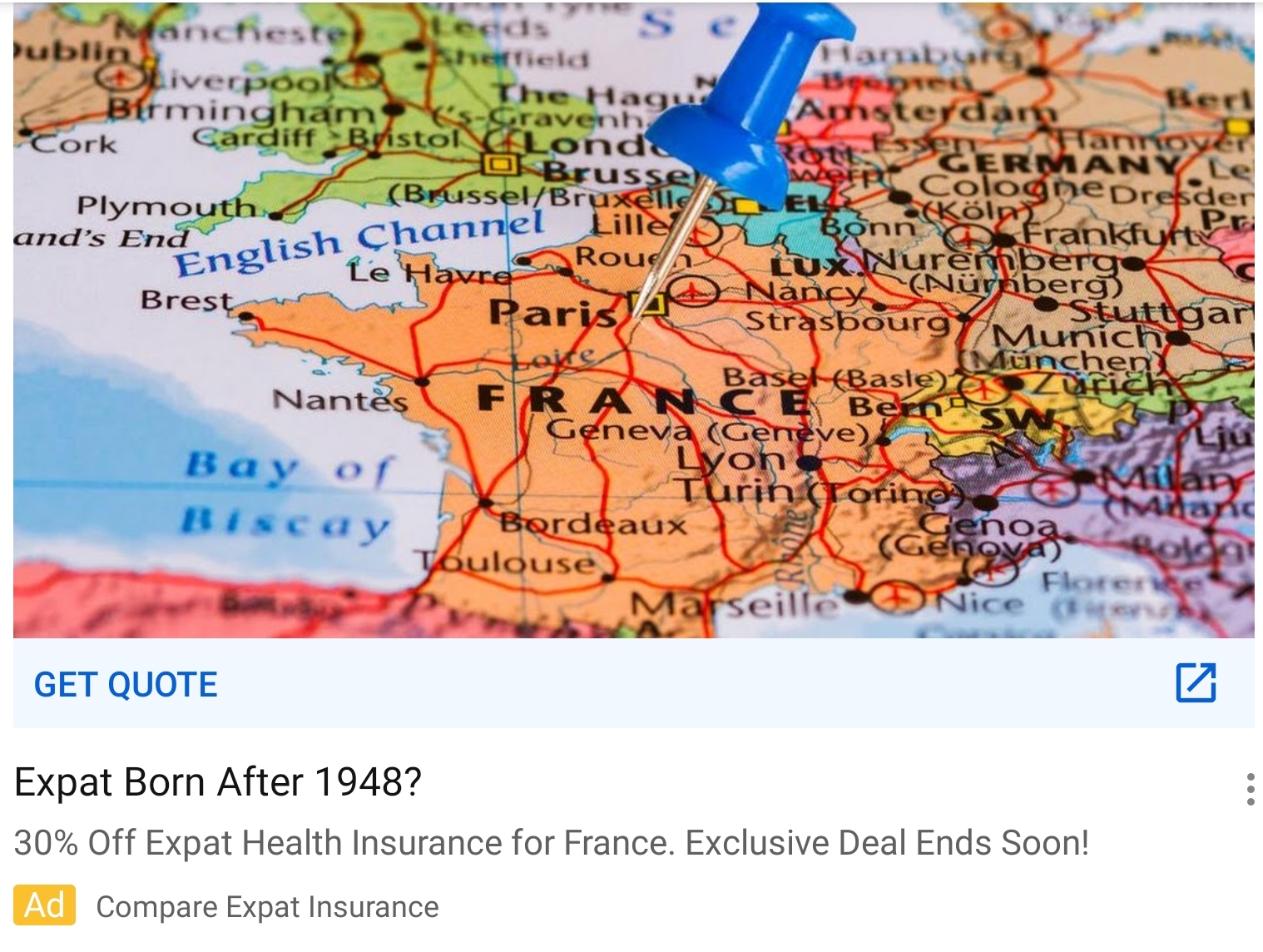 If you think this stops at YouTube, think again. I stopped using Google Search for the very same reason: the results are tailored to my "tastes" whether I want it or not. Calling up the same search terms on various computers brings different results. French Google, UK Google, and German Google have very different ideas about what you need to know than US Google. And before you ask: yes, I make sure I am never logged into a Google account when using Search, precisely to avoid being fed a narrow-minded view of the world computed by some obscure algorithm trained on LSD.

I later watched the Social Dilemma, a film that explains quite a lot. Social networks need to maximize the time you spend on them so you can see more ads, so they train their algorithms to only feed you what they think you want to see or read. And that, folks, is the end of the era of information.

In technical terms, information entropy is defined as measuring the amount of surprise you get from a new message. No surprise, no entropy. When Google keeps serving me the same piece of information ad nauseam I am not learning anything new, it just tells me that I am not using the right source. There used to be a time when search engines were only about showing you what they had in store related to your search terms. Now they lock everyone into their own tailor-made tiny bubbles and make them believe the rest of the world is in perfect harmony with them. Nothing could be more stupid. The Social Dilemma explains how this is ripping apart the fabric of democracy, but I would argue that this kind of behaviour is also destroying the value of those very search methods.

Let me give you another example: I recently met a guy who ended all arguments by pulling out his iPhone and looking up the very words he just said. He would then confidently brandish his phone at me: "see? I was right, this is all over the Internet!". Man, if you had typed just the opposite argument you might have found just as many hits. I am waiting for the moment when two people facing each other pull out their phones, type the same search request and get opposite results because they are tailored to their own tastes. That day, those two might realize that Google is just a big advertising company and not the source of all human knowledge. Do no evil doesn't mean you can't be daft and consider your users as cattle.

DuckDuckGo is a better search engine, doesn't track you and doesn't try to show you only what it thinks you want to see. Problem solved for search engines. Now how are we going to solve that issue with social media? Is it even possible?

The year is 2021 and people can now train neural networks to perform amazing things. The only trouble is: we have no idea how or why they act as they do. Teach an AI to take decisions based on various inputs and you will certainly get an answer. Now why was that particular answer chosen? All you have is a bunch of floating-point values without any meaning. Good luck attaching a why to those values.

Here is a real-life example: a few years back I attended a talk given by two researchers who wanted to train an AI to identify suspicious traffic on a company's network. They fed it a day of normal traffic, then a day of virus-infected traffic, and so on until the network was considered ready for testing. The resulting algorithm was surprisingly fast and the outcome was rather simple: odd days were classified as normal, even days as suspicious, just because the initial data set alternated every day between normal and suspicious traffic.

That's an easy rookie mistake to spot, but data poisoning can be more insidious and almost completely impossible to detect. If we want to stay away from Terry Gilliam's Brazil movie where lives are ruined by a single Buttle/Tuttle character change, we need to take things into our own hands and poison the well ourselves.

My take on it: many stores in Paris now ask you for your postal code. I always answer: 46800, which corresponds to several villages including the lovely town of Montcuq. It is always a pleasure to see the face of the poor cashier browsing through the village list and asking me: "where do you live Sir?", and answer with perfect composure: "mon cul".

Every year on New Year's eve, I take pleasure in seeing my mailbox flooded with happy birthday emails from all over the globe because my default birth date for all sites is 01/01/1970, i.e. the Unix epoch. My email addresses are all from the example.com domain. When a US web site asks for a postal address I provide the first pizzeria in New York that pops up on Maps.

Time to react, folks! Let's pollute those data wells! Let's play cat-and-mouse with the advertisers and make their life miserable until they find a business model that does not ultimately destroy us.