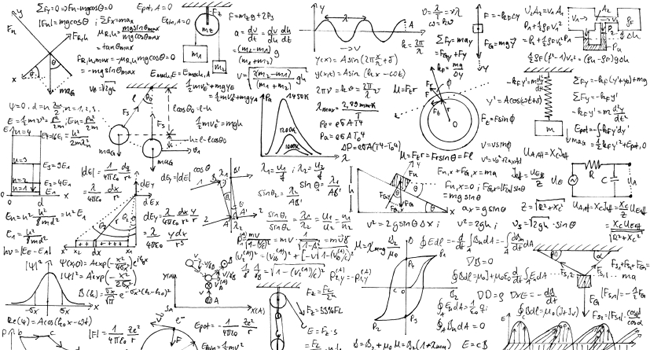 Tonight I met a guru. Not an expert, a real guru: the kind of spiritual guide who has theories, speaks wonders, and has followers. This all started when a friend of mine invited me over to have a quick chat with this phenomenal genius from Canada who has invented methods that are about to bring a complete revolution to the way we deal with digital data. Data compression to insane ratios, database speedups, multi-dimensional fractal volumes held in a single SMS, you name it. My friend asked for advice about the guy's theories because he wants to invest money and create a startup.

I was a bit dubious at first, but hey... curiosity took over. I absolutely had to know what the guy was about. We met around a few beers and I asked casually: "so what is it you are doing, exactly?"

Without hesitation, he said: "We have found methods to encode information like tight N-spaces in base 8 around bijective radical algorithms that inject coordinates inside an index that compresses the whole universe in a single integer that can be used to decompose irrational numbers like inverted matrices. You see? Using just one number, N-dimensional spaces can be represented along a bijective access ramp thanks to multi-variate polynomials."

"Oh wow. Continue?"
He grinned, convinced he tossed enough big words in one sentence to lose me completely. The two disciples around him gently nodded as he went along. He stared right into my eyes as he spoke, never looking for his words, not showing an instant of hesitation.

"According to my method, we re-arrange coefficients in matrices in the most efficient way, heading straight to the core of multi-dimentional data spread over a lattice of chosen binomial functions, up to the power 1,000 or more. These functions are space-filling, they can visit every point in any volume exactly once."

A pause. I asked: "Interesting. So what are the applications?"

He jumped on his seat: "The whole digital world can now be expressed in real-time!" Still calm, I asked: "give me an example?"

"When you need to identify that a point belongs to a region in a multi-dimensional space, you only need to compute its index along a multi-variate polynomial algorithm that expands the number irregularity into a local singularity to spread out a potential zero."

Both disciples were still nodding. I was starting to feel uneasy. Among the waves of technical, unrelated words, I could feel he was trying to get somewhere. He was trying to encode data into another representation that has magic powers, but the mysterious polynomial functions were hard to grasp, and the application of this encoding still unclear. I ventured:

"How does this compare to a Fourier transform, for example?"

That one caught him off-balance. Apparently he did not master the vocabulary associated to that field yet, so he just waved the idea away.

"Fourier is bullshit. I am talking about Gödelization of the digital world. You know Gödel, right? He was a genius who encoded the world into numbers!"

"Yes he was, but he only did that to prove a point about reflectivity, not as an efficient encoding. Gödel numbers are only a tool to prove his point. Never heard of the term Gödelisation though. Did you invent it?"

"Nonsense!" he yelled. "Gödelization is helping us create an index that gives you the whole information about anything you want in just one single number!"

"Oh right. So you compress information then?"

"No, no, no". He looks worried now. "Nothing about compression."

"Don't interrupt me. This is not about compression, this is about efficient algorithms to manage N-dimensional multivariate volumes in NP-space by running in Newtonian arithmetic series as they expand into infinity."

That went on for another few minutes. As requested, I did not interrupt.  When he seemed finished tossing more words at me, I asked again:

At that point he got the message that he was not getting me. His two disciples started moving uncomfortably on their chairs. He talked a bit louder, nailing me with his eyes as he declared his principles like bible verses, dumping more pseudo-scientific sentences into the pot like water in a well.

At some point he said:
"I am working with the greatest worldwide specialists on that topic!  Scientists at the Paris Observatory are using my computations for astronomy!"

There we go. Argument by authority: there are people more intelligent than you who believe me, so you have to believe me.

"That right? As it happens I worked with the Paris observatories for a decade. Who do you work with? Is that in Paris 14 or Meudon?"

"Yes, he is a world famous scientist who computes singularities."

I almost picked up my smartphone to look the name up but common sense prevailed. I think he would have slapped me for doubting his word.

"Never heard about Letruc but who cares. What do they use it for, in astronomy?"

"Well, you know, don't you? Computing galaxies and stars and stuff."

He sighed, as if it was obvious. "Computing the movements of multi-dimensional Euclidian forms in the space-time continuum." Duh.

Another pause for a few seconds. That last one was worth gold. And then he started again for the next ten minutes, bashing every possible kind of notion at me as if hitting me on the head with four-syllable words was meant to convince me. He dumped everything he had: information theory and Shannon's theorem, Euclides spaces, prime numbers, Newton laws, Fibonacci rules, and Gödel's theorem, again.

I said: "I am really dumb so explain me again: what can I use your...  algorithms for?"

He jumped on that one: "Imagine you have to sort out character strings in lexicographic order. So A, then B, then C, etc. If you take a whole dictionary it might take years to achieve! There are no algorithms to achieve that efficiently."

"Beg your pardon, there are quite a few. Lesson 1 in any computer science course. I think you and I read the same books."

"Don't interrupt me! I have read 25,000 books and I have them all at home!  You academics think you know everything right? You need to think differently! My mathematics have no relationship whatsoever with anything you might have learned and you are too limited to understand the implication of what I am telling you!"

"So you take the strings in input and you choose a multi-variate polynomial function of rank N that maps digital inputs into a real-time computation to yield a single integer number. Then you sort the list of numbers and you are done. In real-time. And even Mr Oracle out there with his powerful databases cannot do anything about that. Hah!"

Ah... Now we were getting somewhere. You transform a list of character strings into numbers to sort them.
I asked: "This... Gödelization, to use your term, has a cost, no?"

"No! It is instantaneous! Real-time! The greatest scientist with super-computers can never find a better transformation because the polynomials are..."

"Ok. It has no cost. And then you are sorting numbers."

"Don't interrupt me! You need to listen! You guys never listen, but you might learn something". He was now literally barking at me so I asked him to calm down several times, without result.

He started again: "I am working with the greatest minds on this planet on this topic! The guys at INRIA admire my work!"

"So you work with INRIA? You know I did, too? Which office? Nice? Paris?"

That one hit him like a rock. He stuttered: "I... I... I... worked in Paris and gave a talk in Sophia Antipolis a few months ago. But you could not understand anything I said there, you would have to read a very long paper I wrote, 120 pages, which explains everything."

"Please share the link, I am impatient to read it."

"You would not understand anyway! People oppose me on the principles that I am trying to do things differently but they are WRONG! They are all WRONG!"

He got so infuriated at that point that one of his disciples left the room while the other decided to take over and explain to me the principles of integer sorting, as if he was talking to a five year old. I tried to interact but was systematically asked to shut up and listen to an endless stream of made-up scientific words, picking notions from mathematics, physics, electronics. The guy stressed every one of his points by quoting famous scientists and laws that made absolutely no sense, like Newton's law of primes, the well-known Euclides and Peano numbers, or the famous Fibonacci theorem.

"So you take data and transform it into numbers?"

"Apparently I don't. But you just said that you map strings into numbers."

"NO! You don't understand anything. Listen to me..." And then five more minutes of vocal diarrhea meant to shut me up.

After a while I asked:
"Is there any point in me asking questions? Or do you just want to listen to yourself talking?"

That was pure provocation, I admit, but getting yelled at and being told I was too stupid to understand his genius did not help much in making me comfortable. I left the room as he was erupting in anger. His disciple yelled at me while I was going out: "Ha! You do not even understand the concept of bijection, you dumb ass!"

I could not have taken a single more second of that bullshit.  Took me some time to calm down and then I tried to reflect on what I had just witnessed. What is this guy trying to achieve exactly? What is his agenda?

I saw a guy who has mastered a talent to throw scientific-looking words and concepts into sentences, around an almost-believable story, ending up with promises of being rich by selling never-done-before powers over digital data. The fact that he has disciples and tries to recruit more is extremely interesting, though I still cannot figure out what he is gaining there beyond recognition by a few gullible souls. With such a character, latent paranoia is expected to be found: people do not understand him, they would not listen, he is fighting against the establishment, and most probably: other scientists and engineers are conspiring against him because they know he has a truth everybody was dreaming of and nobody could find or understand.

Interesting character. In my life I met quite a few other gurus: a medical shaman who is the only person in the world who knows about the true powers of plants, an artist turned into a religious leader of his own sect who teaches philosophy, psychoanalysis, and black magic in the same session.  There are also the conspiracy guys who know every secret about the NSA, the FBI, the CIA, why Americans never walked on the Moon or destroyed the Twin Towers themselves. These guys scare me to no end. After spending five minutes with them you realize they do not see you or anybody around them for that matter. Other people are just witnesses of the fact that they have some untold truth only known to them, which everybody wants, and nobody would ever believe.

The good thing with having so many voices in your head is that you never feel alone.