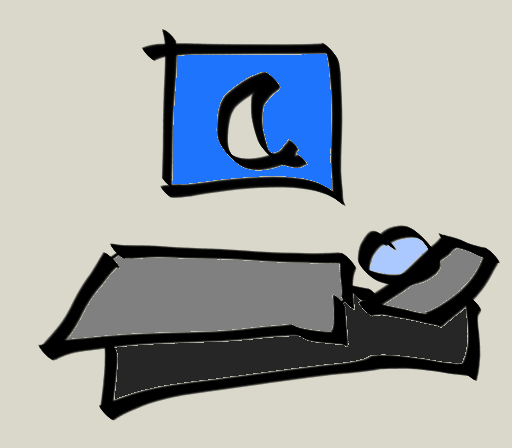 You called me quite late. Some time during the middle of the night, and for whatever reason I had left my phone on. I picked it up and was greeted by your anxious voice:

- Isabelle, is that you?

Part of my brain was still actively dreaming, but the part that was emerging found the idea preposterous. Do I sound like an Isabelle? I croaked:

- No Madam, this is not Isabelle.
- Oh come on Isabelle, it's Mum. Stop playing fool with me, I recognize your voice, please..

Even half awake, I definitely noticed the tension in your voice. You wanted to talk to your daughter and nothing would stop you.

- Madam, I can assure you I am not your daughter. In fact I am a man and my name is Nicolas.
- Bullshit! Isabelle, talk to me!

Your old lady's tone left me no choice but to obey, so I gave up and decided to play along.

You seemed surprised. Apparently Isabelle does not give up so easily when playing this game. But the sudden joy of being able to talk to your daughter was so great that you could not help it. You started talking about your neighbours at the retirement home, how the nurses were treating you, and had many complaints about the food and such. I listened very carefully at first and quickly dozed off, we were half way during the night after all.

You called again a bit later, and again, and again. We spent our night like this: you finally talking to your daughter, and me sleeping through 10-minute intervals. Finally one of your nurses must have found out you were secretly phoning at night and you stopped calling.

You never called again. I hope you found the right number for Isabelle and she takes good care of you.