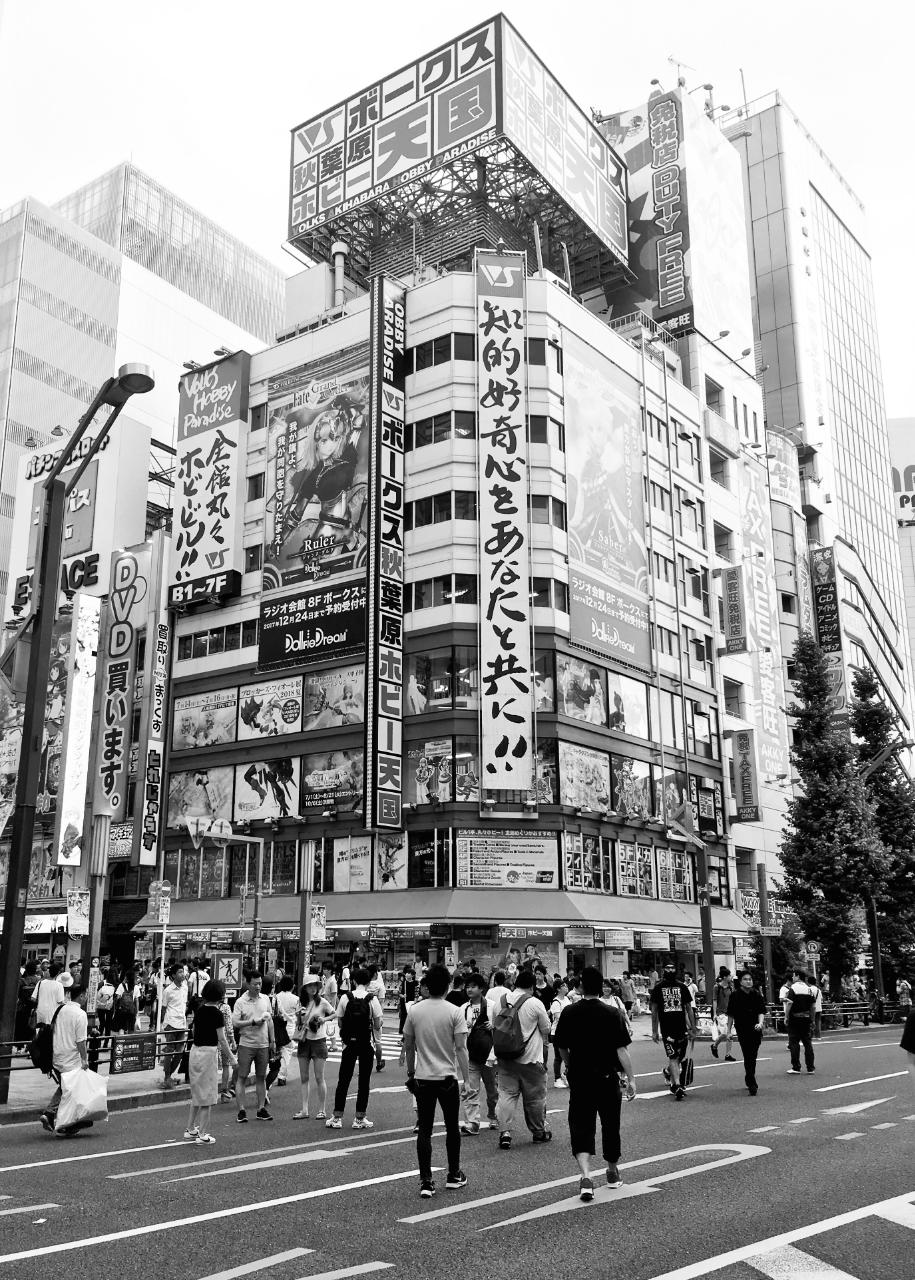 I have just spent three weeks in Japan. What can you decently bring back from such a short trip? I have the feeling I have only touched this extremely rich and multi-millenial culture. A kaleidoscope of colours, smells, sounds, and faces come to mind when I try to look back on this small adventure. As usual, when I come back from Asia I discover that I have taken home a little more than I bargained for. Some things are changed, some things are broken inside me, only to be re-built from their ashes.

During my first visit to Asia twenty five years ago, I got hit in the face with fairly obvious cultural shocks. Things like counting on your fingers: I wanted to tell the hotel staff we were three guests and raised my thumb, index, and middle finger to indicate: THREE. The guy repeated with his hand, looking surprised. He said something in Chinese (this was Taipei), I said something in English, and we both understood we would be left with gestures for the rest of the conversation. I waved again with my fingers: THREE, so he repeated it, looking surprised. We were three guys standing in the lobby so I didn't get it. I showed the two others: ONE, TWO, and myself: THREE. The guy opened his whole hand, showing all fingers, asking something. No we are not five, we are three. It took us a little while to proceed, because what I had just gestured means EIGHT. The hotel clerk was asking me where the other five were. In order to show three, you raise the three middle fingers. Ah, right. I later learned how to count in Chinese, an easy task: with just thirteen words you can count up to 999,999.

There were more embarrassing moments, like the first time I sat on a Korean toilet and could not figure out how it worked since I am quite illiterate in Korean. You may not want to hit random buttons and wait to see what happens, unless you want to come out of the loo covered in smelly water just before an important customer meeting.

Japan has those same magic seats that clean your ass like you are a baby. Once you figured out the controls, you wonder why those are not generalized in the Western world already. There is no better feeling than walking around with a clean butt, especially in those hot summers with 40 degrees and 100% humidity.

My major cultural shock during that last trip was food. If you have never tasted food in Japan, you have never eaten decent food in your life. Ever. The closest you can get to that in terms of taste, freshness, and diversity could be Italy, on a very different spectrum. Japanese food does not just build on fish and seafood, this is just one tiny part of it. The default 5-euro bento they bring to you in very standard Tokyo restaurants could contain fish and meat of all kinds, but also sauces, spices, vegetables, rice, soy, salad. Some parts are raw, some are deep-fried, some barely cooked. I never knew tofu could be prepared to be so delicious. Rice is always perfect. If you never tried, you owe it to yourself to try okonomiyaki and takoyaki. We found a restaurant in Osaka that serves takoyaki for a bit less than 2 euros for 6 pieces, when 12 pieces will fill you up. A ramen bowl served with half-boiled egg and vegetables can serve as a single meal for a day. Soups are largely different from one place to another, always delicious. 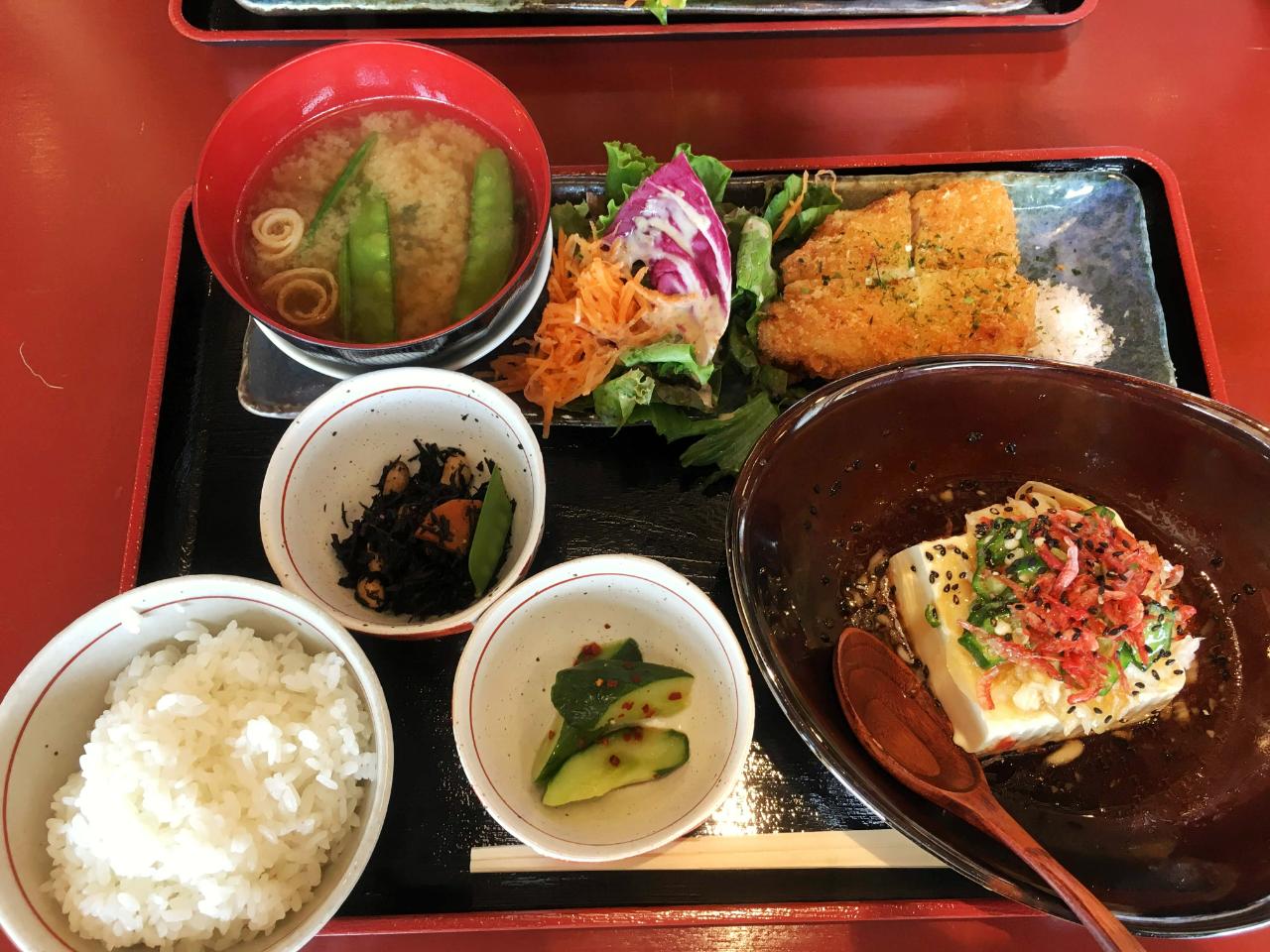 Finding a place to eat in Japan is usually not an issue. Everywhere you look there are between three and thirty restaurants facing you. We tended to stick to the ones offering menus with pictures, where we had a chance to show what we wanted and have an idea of how much we were going to pay. Some restaurants have an vending machine where you insert a note and press one of the many buttons to choose your dish. A ticket gets printed, which you hand over to the cook who will prepare it for you. Only trouble is: all buttons are Japanese-only, so we usually went back and forth between the window outside where plastic replicas displayed the available food, noting the price down. If the dish of your choice was the only one costing 530 yens, you knew what you were having.

Even if Tokyo is a gigantic city, it does not have that oppressing feeling you can have inside Paris, for example. Residential areas are packed with small houses that have at most two floors, letting you see the sky all around you. In business districts, skyscrapers are sufficiently far from each other that you always see the sky, giving you the impression you can breathe. Of course there are exceptions. Train stations and the quarters around them tend to be real mazes of streets and hidden passages you can wander aimlessly for hours on end without ever seeing the light of day. 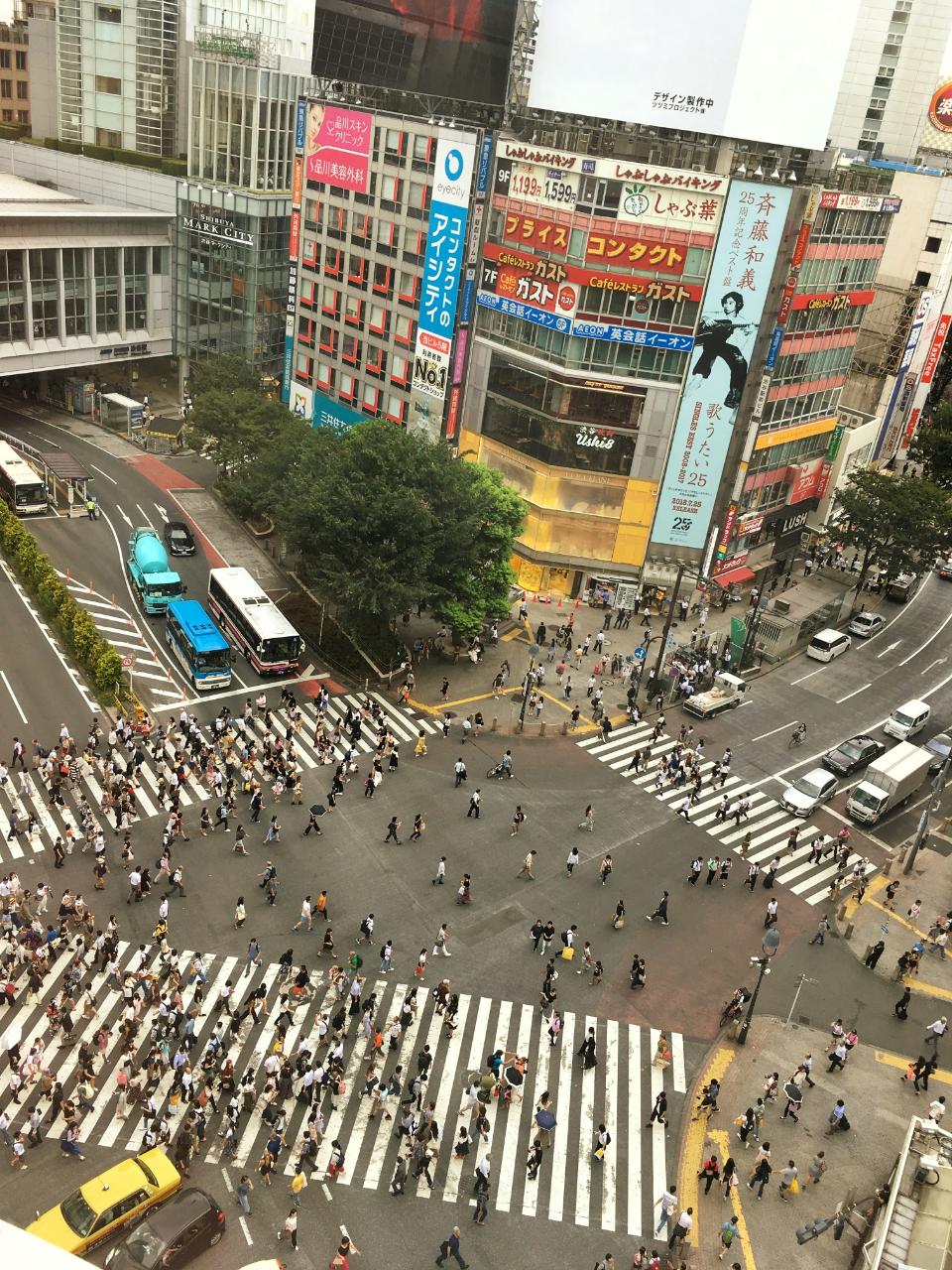 We visited Shinjuku, a busy business district with office skyscrapers all around, filled with salarymen. Around 8pm, we saw millions of them walking towards the subway. Salarymen and women are equally dressed with deep blue pants or a skirt, and a white shirt, wearing tired black shoes. When we reached Shinjuku station we found a store selling salarymen uniforms: endless lanes of deep blue pants and white shirts, with thousands of people all dressed the same, looking carefully around to find their next deep blue pants and white shirt. It looked so much like a cartoon. When in the subway, they patiently queue where indicated, politely waiting for passengers to come out of the cars before they rush in. Some of those cars were so packed it was suffocating, and the subway usually runs every minute or so. Who would drive a car in such a big city anyway when there are trains to take you anywhere for pennies? 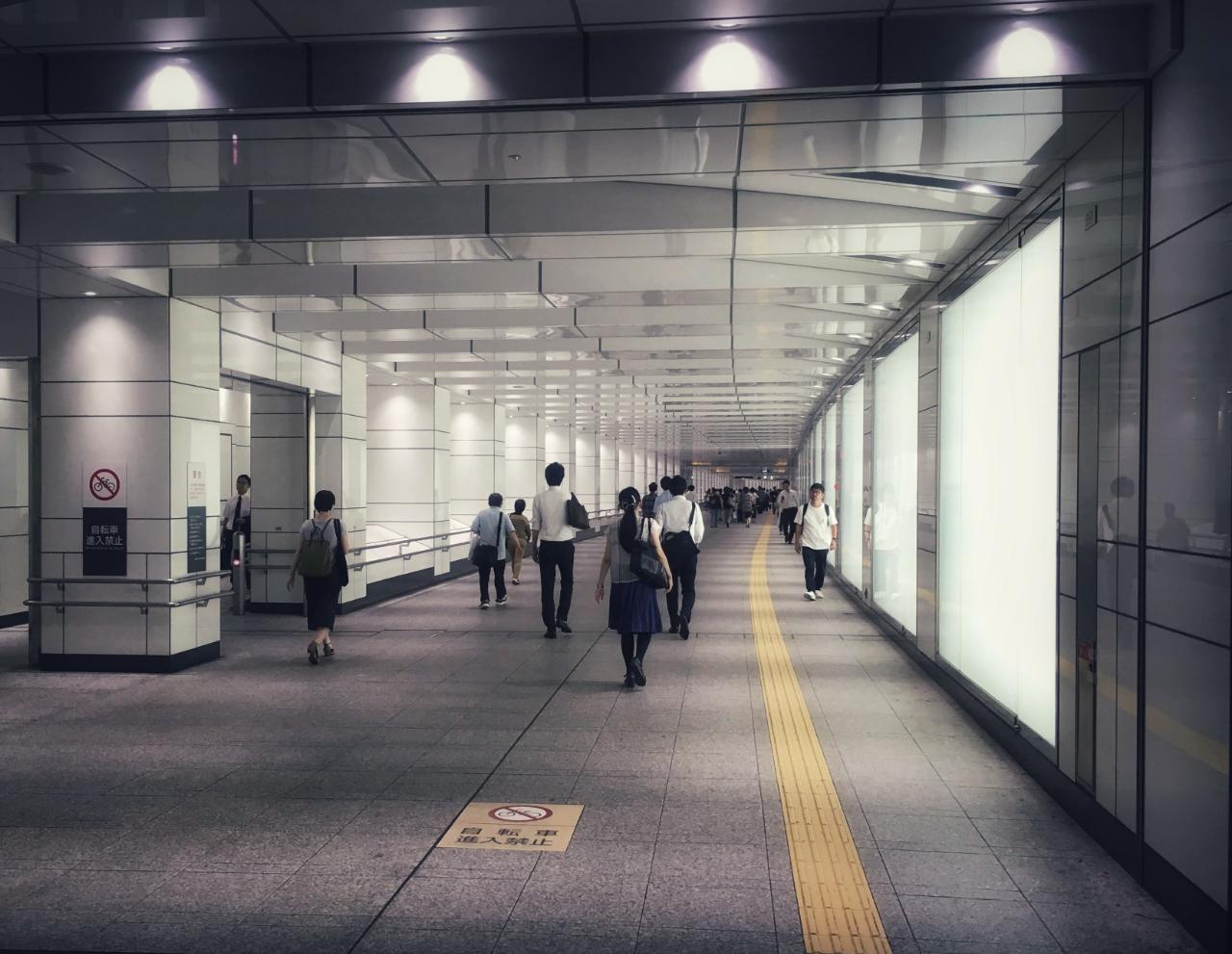 You might have heard of the cat cafés in Tokyo: yes they exist, together with rabbit cafés and owl cafés, where you can have your tea and pet a furry for an hourly fee. In Akihabara we saw those 8-floor buildings filled with arcade games producing deafening noises, endless streams of fighting heroes, car races, and cute little animals singing annoying songs at full volume. We also visited manga cafés, manga buildings, figurine shops, and duty-free electronic stores. We also got into sex-shops, more by accident than anything. From the outside all you see are bright colors and posters of female anime characters. Once inside all doubt is gone: the mangas are not the kind you expected, and the large collection of DVDs is probably not something you want to see because you won't be able to unsee it ever again.

The streets of the electric city are filled with gigantic screens displaying ads, shouting slogans to the crowd as they pass by. There is no escaping those jingles and loud voices trying to sell you stuff, making Blade Runner feel like a documentary. At night, the lights are just magnificent, the information flood fills you with a sense of panic which makes me happy I cannot read. I wondered how we got through Shibuya without inducing an epileptic seizure. 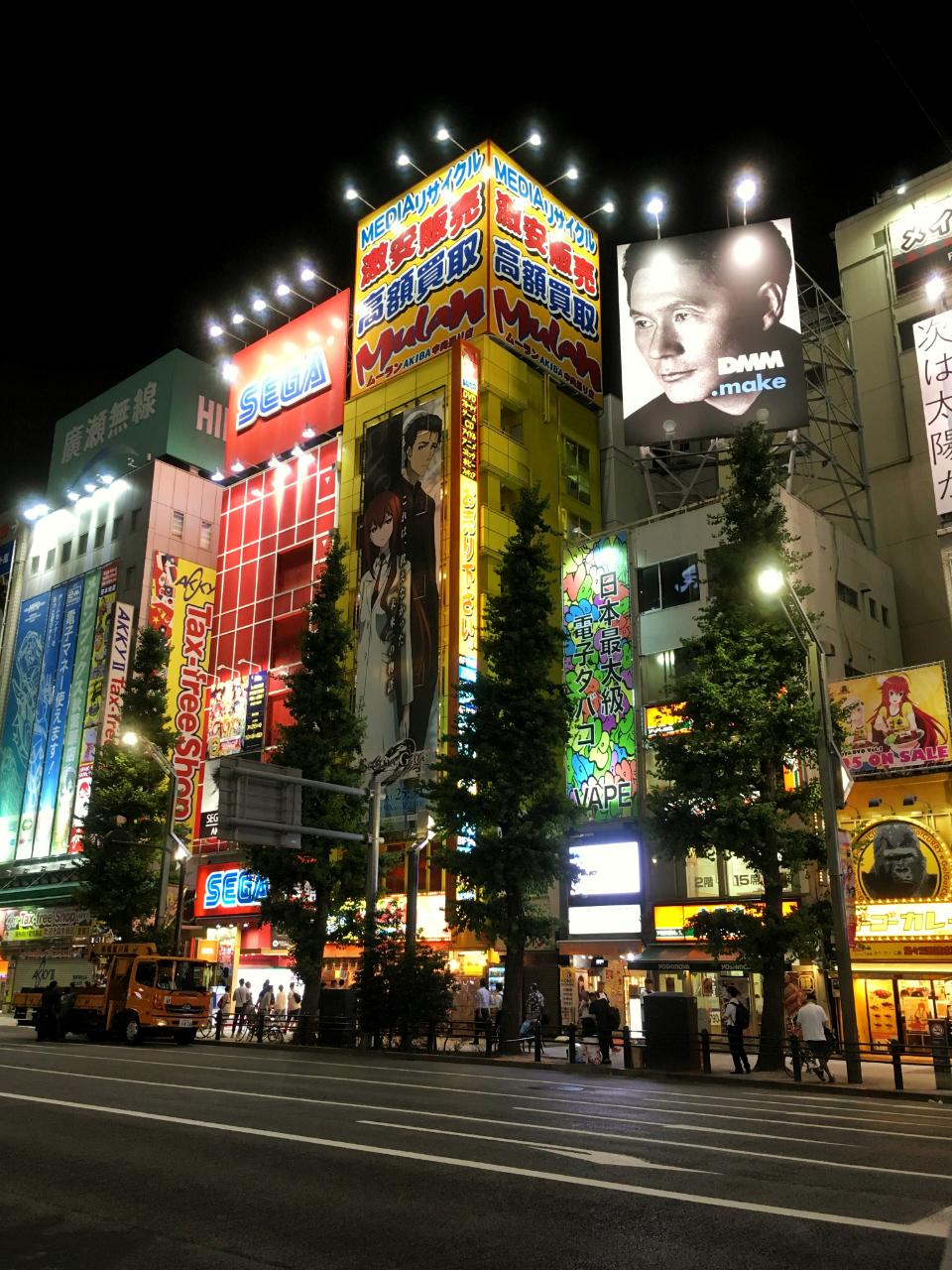 In Takeshita Dori, we were surrounded by school girls looking for kawaii (cute) things to buy. Shops are filled with pretty much every conceivable product covered with images of little large-eyed furry animals staring at you like Bambi. The street is drowned in a thousand child songs playing too fast, laughing girls, brightly-coloured clothes and people yelling about their stores. I wish I could see that on a quiet winter evening. 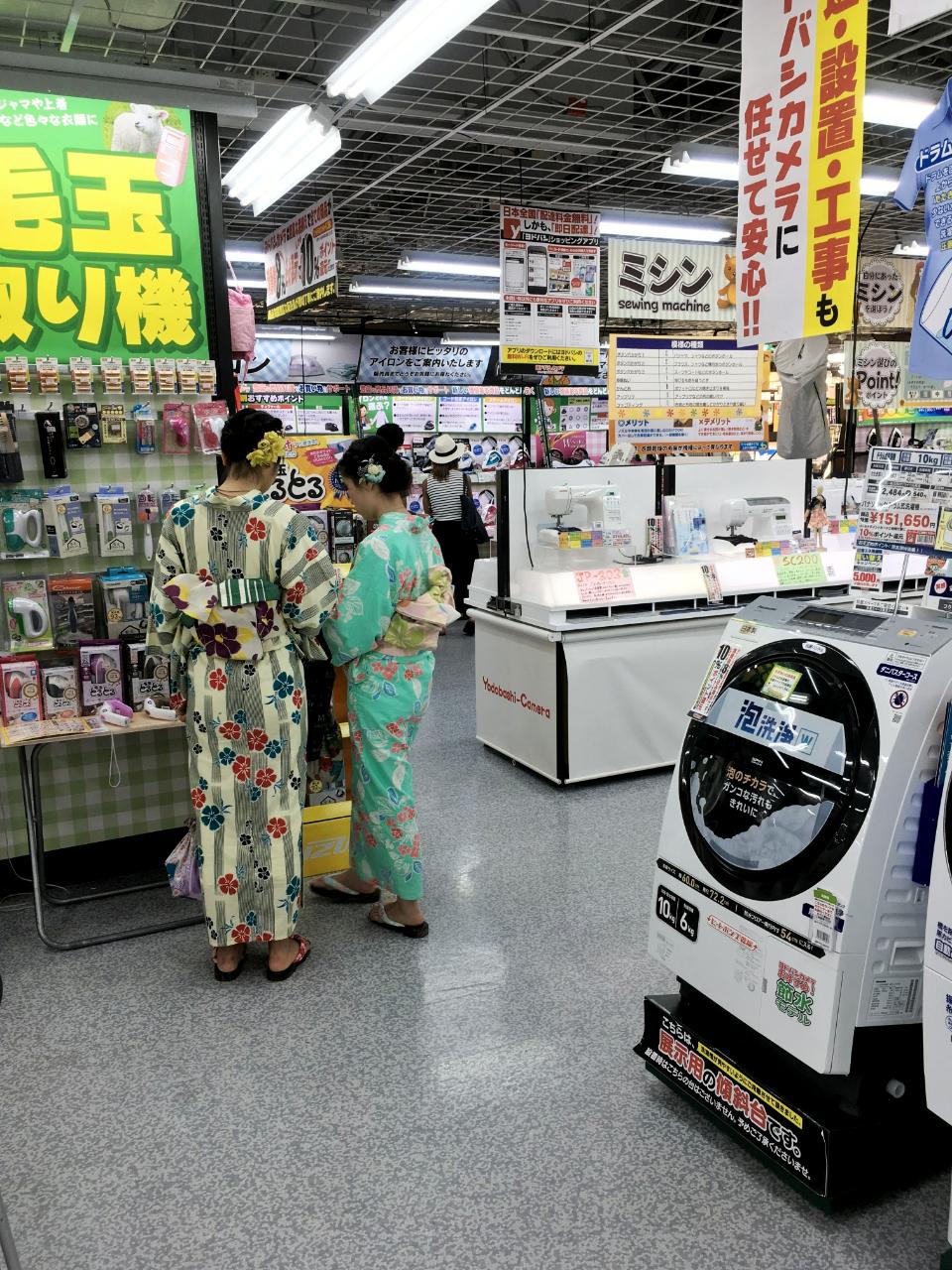 You always hear about the Japanese culture and how it wonderfully mixes tradition and modernity, but you really understand what it means when you find kimono-wearing twenty-something girls looking for the latest cameras at Yodobashi, or when you see a tiny shrine on a street filled with bright neon lights displaying manga characters. The working men and women of Japan, all wearing uniforms, are facing a wave of creativity that has little equivalent anywhere else in the world. You see a subway car packed with tired salarymen who only want to get home, surrounded by cheeky colourful adverts inviting them to take better care of their skin or why not travel to a distant country. Cartoon characters showing their butts, movie stars dressed as animals, and dancing pokemon figures are just expressions of pure creativity. Stark contrast. 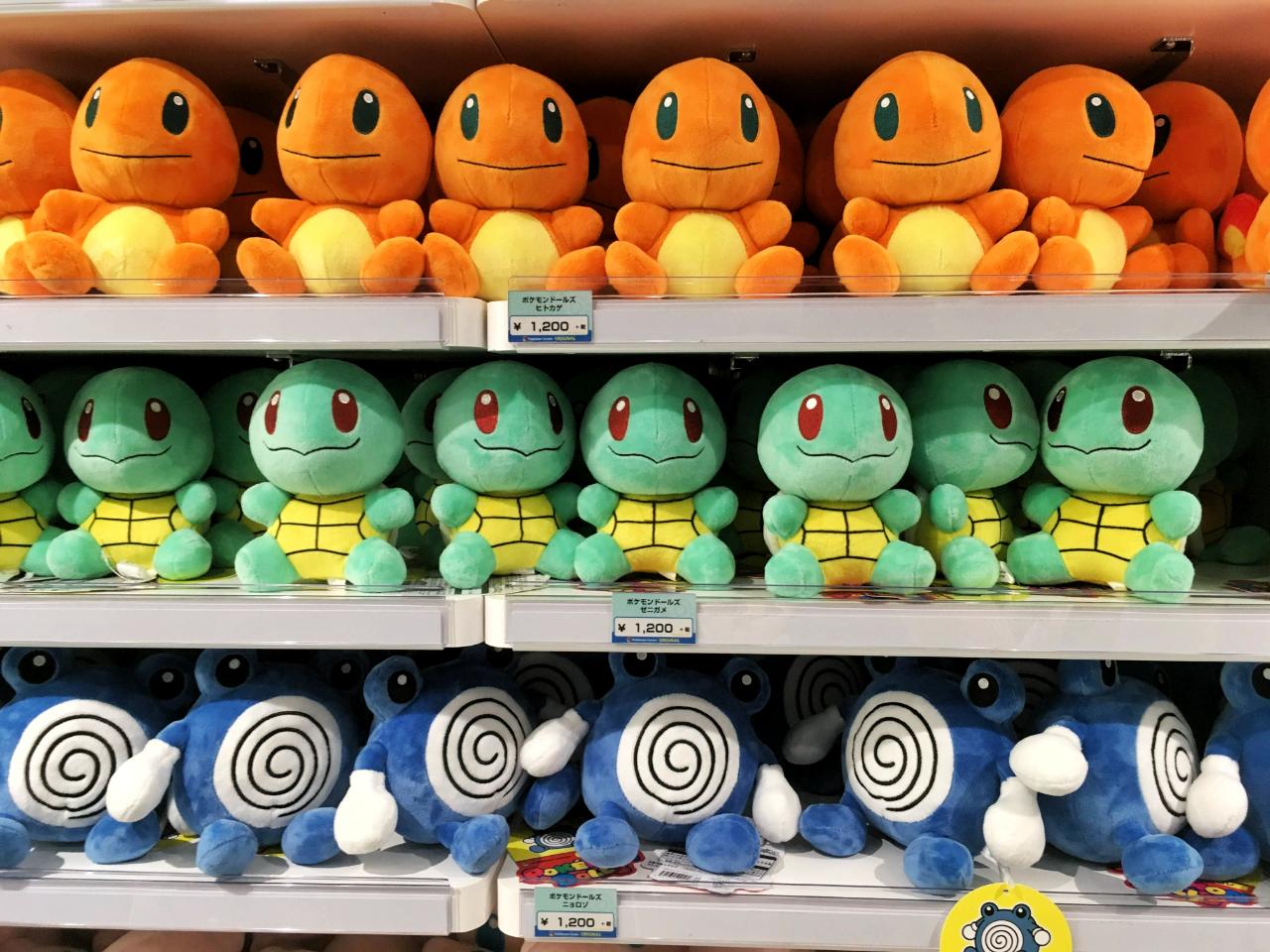 Three weeks and a million anecdotes later, I realize some things have changed in me and I don't quite know what yet. Taking away some of the conventions I have unknowlingly applied all of my life and adding some more, gets me a little closer to understand what being human and living in society really means. Three weeks of being illiterate is a humbling experience.